Not only was the Hilldrup Orlando team creating holiday cheer, but there was plenty of joy to be shared with others as well!

The Hilldrup Orlando team recently celebrated their annual Christmas party and the end of a successful year by spending some fun, quality time at local golf venue Drive Shack. Here, employees were invited to enjoy food, drinks and some friendly competition playing golf.

And while the party may be over, the Christmas spirit continued at the Orlando office through the team’s overwhelming participation in donating gifts to their Giving Tree. As part of this project, Hilldrup employees were encouraged to donate Christmas presents to children going through an unimaginable hardship during the Christmas season – cancer. Our team generously donated a total of 190 gifts and gift cards to bring some Christmas cheer to children battling cancer at Florida Hospital Medical Group.

“While our work stops over the holidays, the treatment for these kids does not and cannot stop,” described Ed Fitzgerald, General Manager and Vice President of Hilldrup Orlando. “We want to do everything that we can to put a small, bright spot in their day during this difficult time.”

A special thank you to Amy Fain, Patient Care Coordinator for the Children’s Center for Cancer & Blood Diseases at Florida Hospital Medical Group, for assisting our team with this project! We invite you to learn more about Florida Hospital and view a holiday video celebrating some of their patients.

Thank you to the entire Orlando team for donating, wrapping and delivering these toys in the spirit of the season. 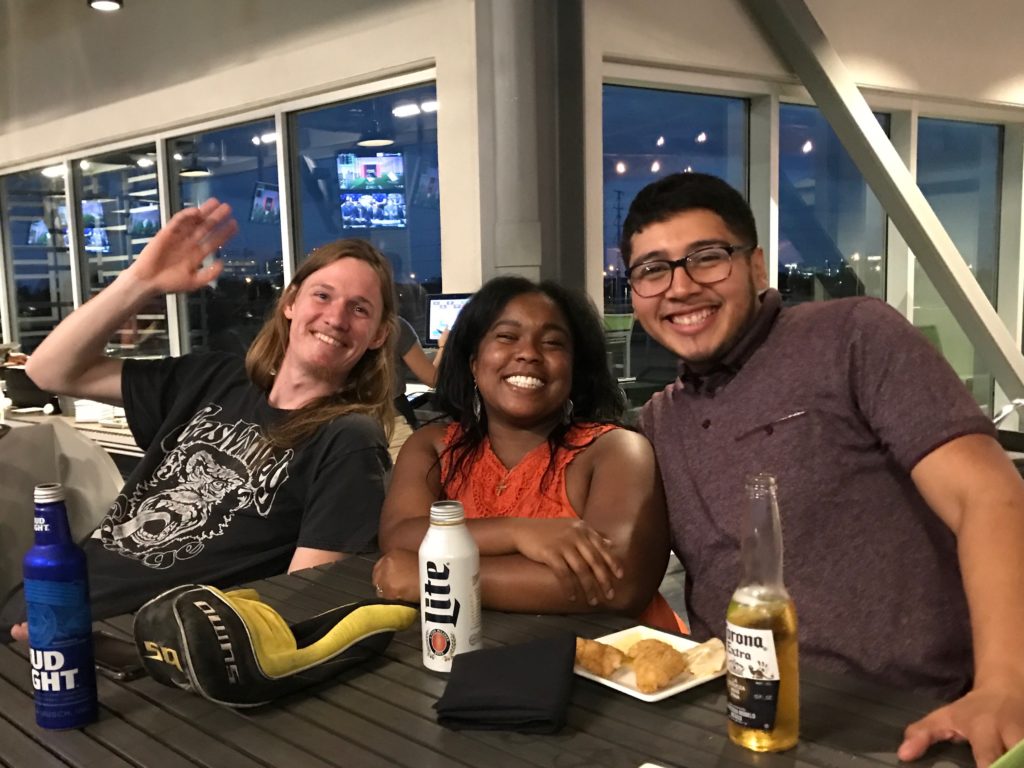 “Everyone had a blast – it was a very different venue from the norm,” described Ed Fitzgerald, Vice President and General Manager of Hilldrup Orlando, on the Christmas party. “We had a good turnout and a ton of fun!” 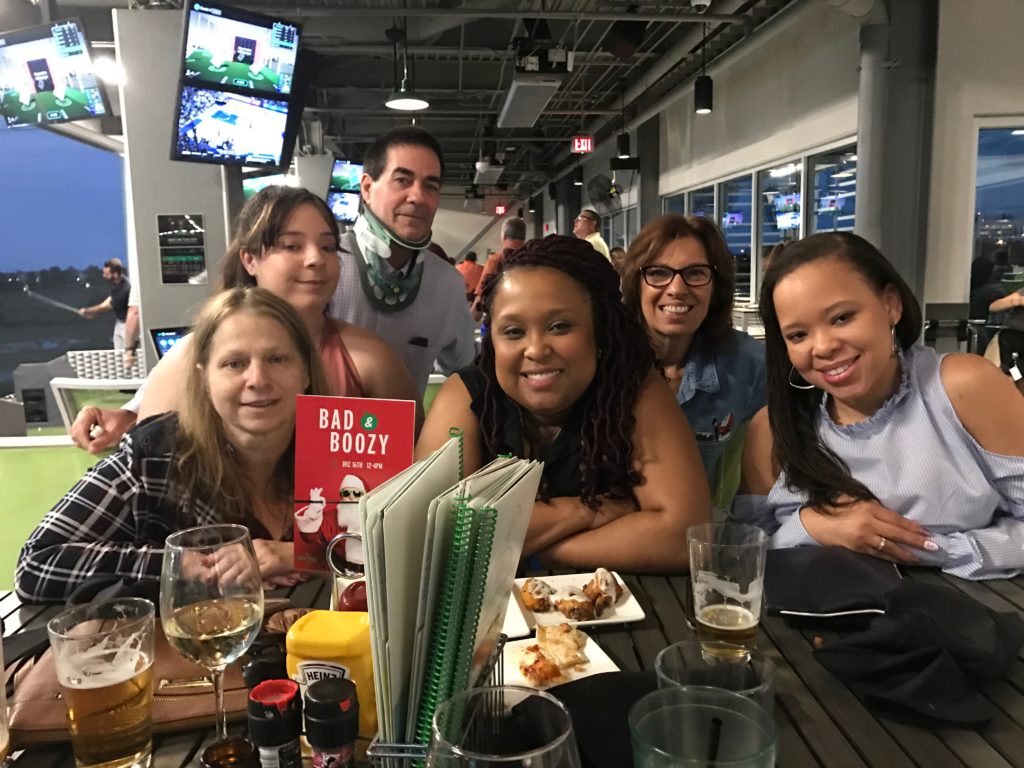 The Hilldrup Orlando team was in the holiday spirit during the annual Christmas party, which this year took place at local golf entertainment venue Drive Shack. 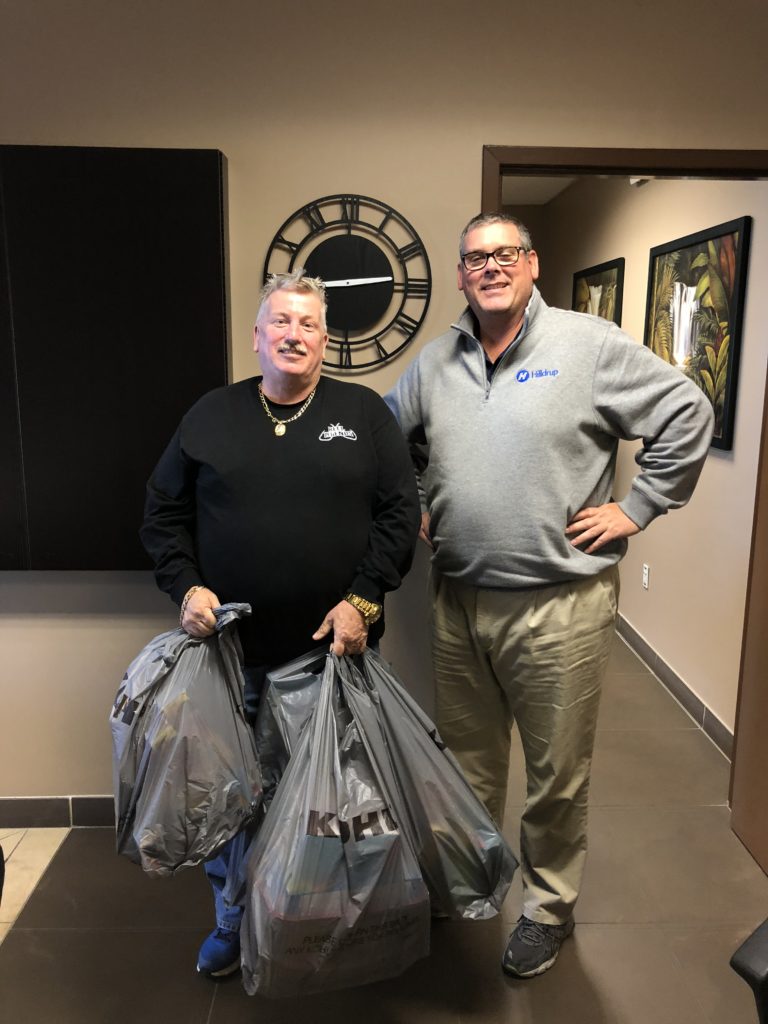 Big thanks to “Santa” Tom Reilly, Long-Distance Van Operator for Hilldrup Orlando (pictured left), for his generous donations to the children of Florida Hospital Medical Group. Jeff Swim, Operations Manager for Hilldrup Orlando (right), assisted with the coordination of the gifts from the office to Florida Hospital Medical Group. 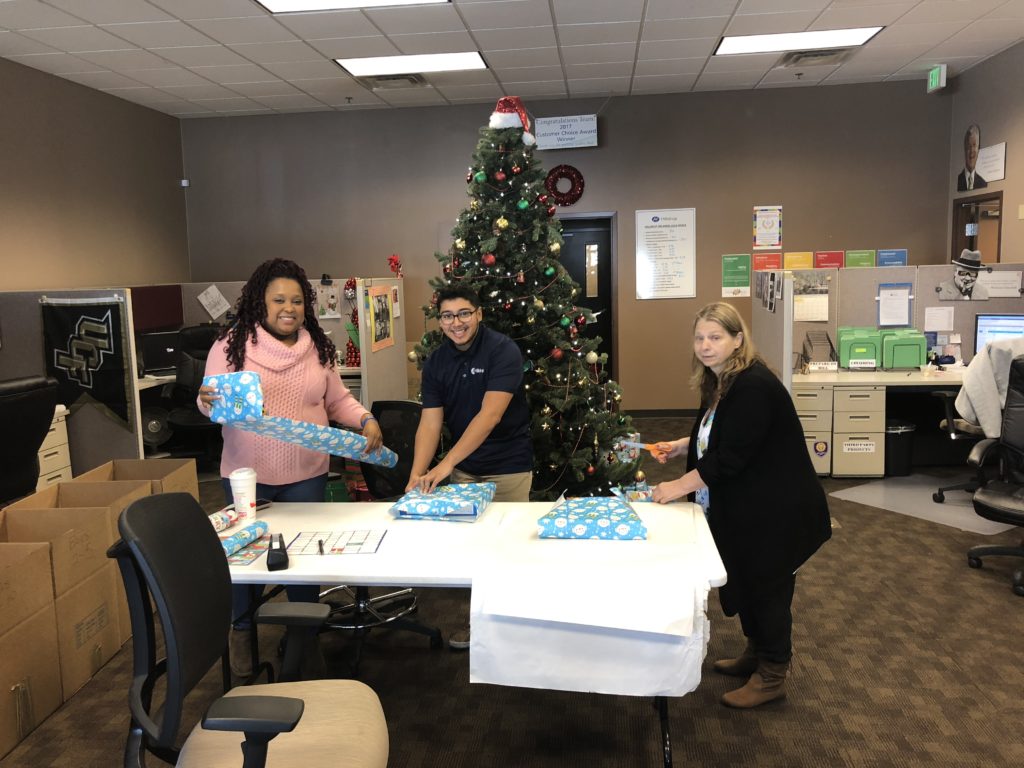 At the Orlando office, Chaundi Parham, Relocation Counselor; Ariel Hernandez, Commercial Coordinator; and Carrie Parker, Commercial Storage, got into the holiday spirit by wrapping the donated gifts together. 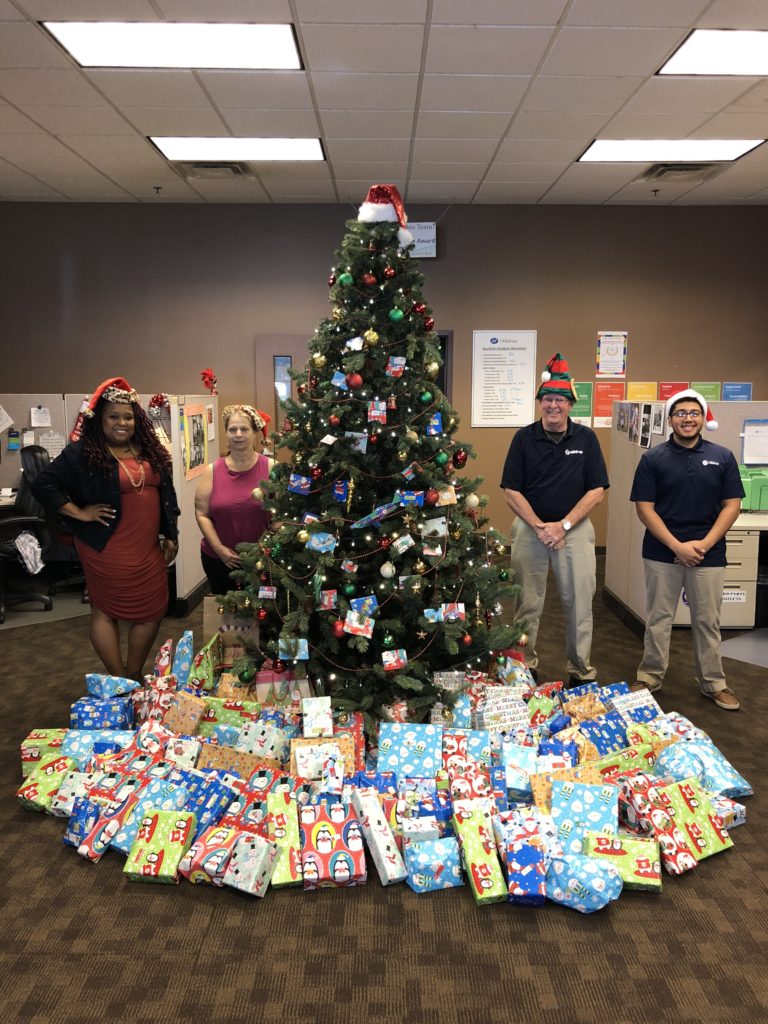 Thanks to Orlando Customer Services’ own Chaundi Parham, Relocation Counselor; Carrie Parker, Commercial Storage; Howard Temanson, OA Coordinator, and Ariel Hernandez, Commercial Coordinator for assisting in getting all of these treats ready for the brave boys and girls at Florida Hospital.