Hilldrup Richmond was recently announced as the Best Moving Company from the Richmond Times-Dispatch’s The Best competition. Hilldrup was nominated for this accolade earlier in the year by our friends, teams and loyal customers and later became a finalist in the competition.

Hilldrup has been serving the moving and storage needs of the Richmond area for nearly 30 years with a dedication to providing the best services the industry can offer. We’re thrilled to continue our winning streak for the third straight year!

Congratulations to Steve, Jake and the entire Hilldrup Richmond team for their commitment to our customers and proving that Hilldrup is indeed the best moving services company, period. Job well done! 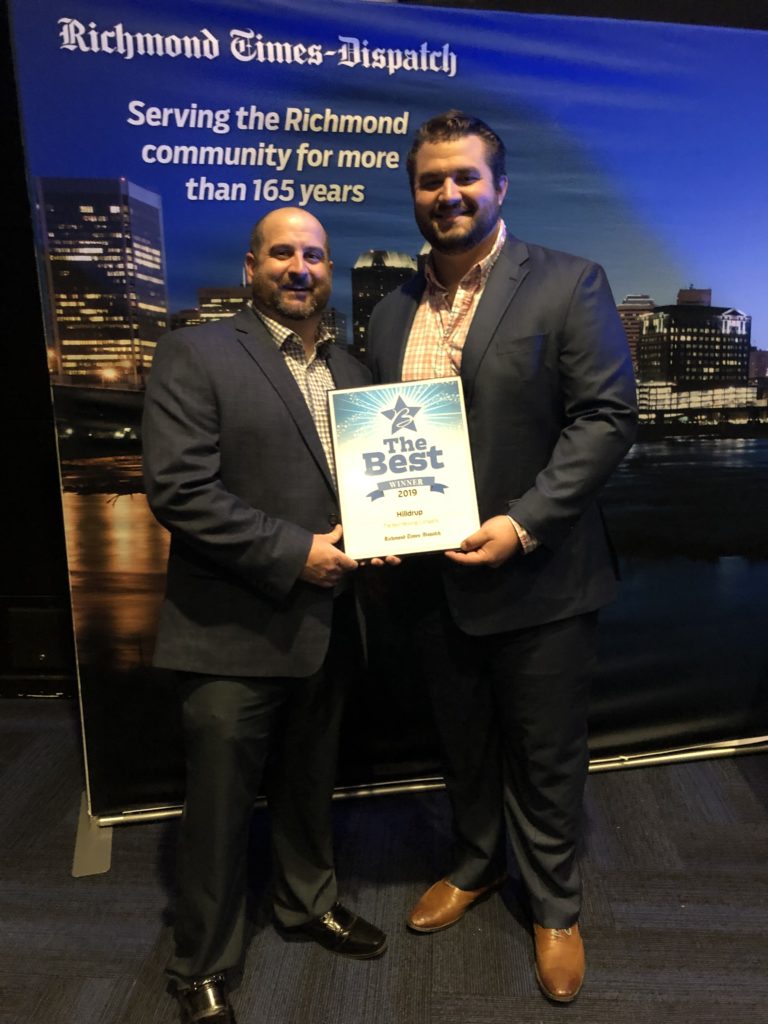