Get ready, get set, toss! On Saturday, March 3rd, Hilldrup’s Orlando branch took part in enjoying the Florida sunshine with high hopes and anticipation while competing in a local cornhole tournament benefitting the American Diabetes Association.

The fourth annual event took place at the Laureate Park neighborhood within Lake Nona, a suburb of Orlando. The annual event chooses a different charity to support each year, and this year, thanks to the efforts and donations of more than 60 participants, over $7,000 was raised.

As a sponsor of the event, Hilldrup received a customized set of cornhole boards and a set of bags. While we didn’t take home the trophy at the conclusion of the event, we were proud to be a sponsor and participant in an event that gives back in a big way.

Awesome job Orlando team, thanks so much for participating and for representing Hilldrup in such a great way!

You can check out footage from the event here as well as photos of the Hilldrup Orlando team below! 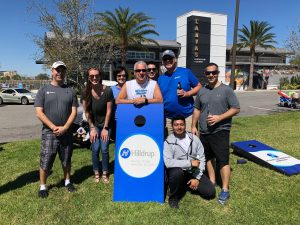 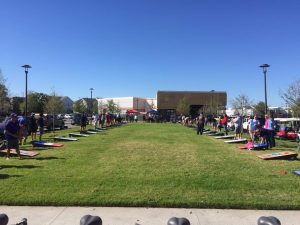 On Saturday, March 3, 2018, Hilldrup Orlando helped sponsor a cornhole tournament to benefit the American Diabetes Association. What’s better than enjoying the Florida sunshine and giving back while having fun? 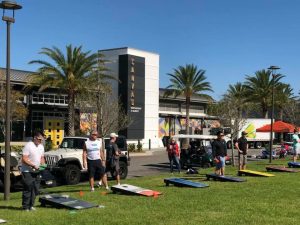 The fourth annual cornhole tournament took place at Laureate Park just outside of Orlando in front of Canvas Restaurant, the community pool and fitness center. 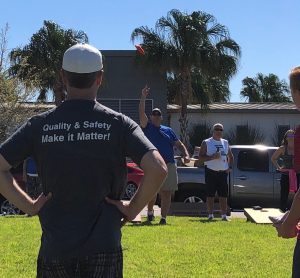 Jeff Swim, Operations Manager for Hilldrup Orlando, tosses the cornhole bag with focus to ensure a score during the tournament.