After 44 years of service to the moving and storage industry, Rob Williams, Director of Operations – Forestville, has retired. An industry veteran, Rob has served as a leader for multiple prestigious organizations. Many of us at Hilldrup were honored to call Rob both a friend and leader during his career with us serving as Vice President/General Manager, Forestville & Dulles and most recently, as Director, Operations – Forestville.

Rob’s knowledge and passion for the moving and storage industry no doubt runs in his family. His career began in 1977 at his family’s moving company, United States Storage, based out of Maryland. Rob later opened Hanna Transfer South in Tampa, FL before returning to Washington, D.C. to join Security Storage in 1989. At Security Storage, Rob served in various leadership roles and quickly became a well-respected leader in the D.C. market. Rob continued to lead Operations in the nation’s capital for Suddath after the company acquired Security Storage in 2015. In 2018, Rob joined Hilldrup after the acquisition of Suddath’s Forestville and Dulles offices. His contributions, expertise and experience have allowed Hilldrup’s operational success in the D.C., Maryland and Virginia markets to truly flourish over the last three years.

As Director, Operations – Forestville, Rob is no stranger to long work days when overseeing the operations of one of Hilldrup’s major branches in its D.C. market – often his day will begin at 6AM and wrap up anywhere from 6-7PM. But as they say, when you love what you do, it doesn’t feel like work.

“I’ve been very fortunate to work with everyone I’ve had the opportunity to work with – it doesn’t feel like a grind, it’s truly been a lot of fun for me,” shared Rob.

From moving presidents and dignitaries, and from overseeing contracts for some of Hilldrup’s largest accounts and being a mentor to so many, we caught up with Rob to discuss his impressive career and what he’s looking forward to in retirement.

Hilldrup: Your career began in 1977 when you worked at your family’s moving company, United States Storage. What was the moving and storage industry like at that time and how has it changed over the years?

Rob Williams: It’s really evolved a lot. The industry was regulated back in 1977 meaning that everyone operated on the same tariffs and rates. Now, it’s totally different. With deregulation, which went into effect in the 1980s, companies could then file their own tariffs, and then you had discounts, binding estimates, freezing rates, etc.

I began in the industry as a COD [Cash on Delivery] salesperson first. Back then, quotes were all written out and technology was not where it is today. There were no GPSs, no ELDs [Electronic Logging Devices], no computers – all quotes were done by hand. So for example, on a Bill of Lading there would need to be seven carbon copies which you wrote out and each had its own serial number, customer name and the order number. If there was an error on that paperwork or cheating was suspected, the company could be subjected to a $5,000 fine. Technology would probably be one of the biggest changes – we’ve come a long way from typewriters and fax machines.

H: What would you say were the most rewarding parts of your career?

RW: I think the most rewarding part is being able to work with good people and coaching those people to be leaders. I’ve known and worked with Greg Brisbon [who has been promoted to Rob’s role as Director, Operations – Forestville] for 27 years. He started as a Packer / Move Associate with us and he’s done an outstanding job in every role he’s had. It’s important to be able to recognize the talent in your team and be able to groom and encourage those employees to grow with the organization.

When I was with Security Storage, and in the early 2000s, we won multiple President’s Awards and I’ve been honored to move several presidents and dignitaries over the course of my career as well.

H: With your experience working with other major moving and storage companies in the D.C. area, what do you think makes Hilldrup different compared to other organizations?

RW: The financial stability of United States Storage, Security, Suddath and Hilldrup can’t be matched. I spent 10 years at United States Storage, 26 years with Security, three years with Suddath and these last three years with Hilldrup – they’ve all been around a very long time. Security was founded in 1890, Suddath in 1919 and of course, Hilldrup in 1903 – so financial stability has a lot to do with companies that have that long of a legacy in their markets. It’s a testament to the importance that quality has on not only on our industry but the legacy that each of those companies has earned.

The focus that Hilldrup has on quality and taking care of its customers is truly unique. We’ve taken quality to a whole different level in the industry. The fact that Hilldrup has been honored with the Customer Choice Award 25-times – there are only a few organizations have earned that honor multiple times.

RW: My advice would be to build strong relationships within the organization. It’s been more challenging for those who have joined us in the last year due to COVID, but in order to be successful – no matter what you do – you can’t have tunnel vision. Everyone plays a specific part but all those parts rely on one another to create the experience customers are looking for and that your own team needs to operate well. Communicating and keeping everyone in the loop is essential. Another thing worth noting, is to learn as much as possible – about your organization and the industry itself. The more you know and the more departments you have experience in, the better your career and organization will be because of your experience and willingness to learn.

H: Lastly, let’s hear about your retirement plans! What are you looking forward to doing in retirement?

RW: I have a home in Florida which I’ve been fortunate to have and enjoy over the past 10 years. So I’ll be retiring to Fort Myers. I have many lifelong friends who have also retired from the D.C. area to that part of Florida as well. I’m also an avid golfer, so I’m looking forward to enjoying that too!

On behalf of all of us at Hilldrup, congratulations on your retirement, Rob! We appreciate all that you’ve done for our organization and customers, and we wish you a relaxing and well-deserved retirement in Florida! 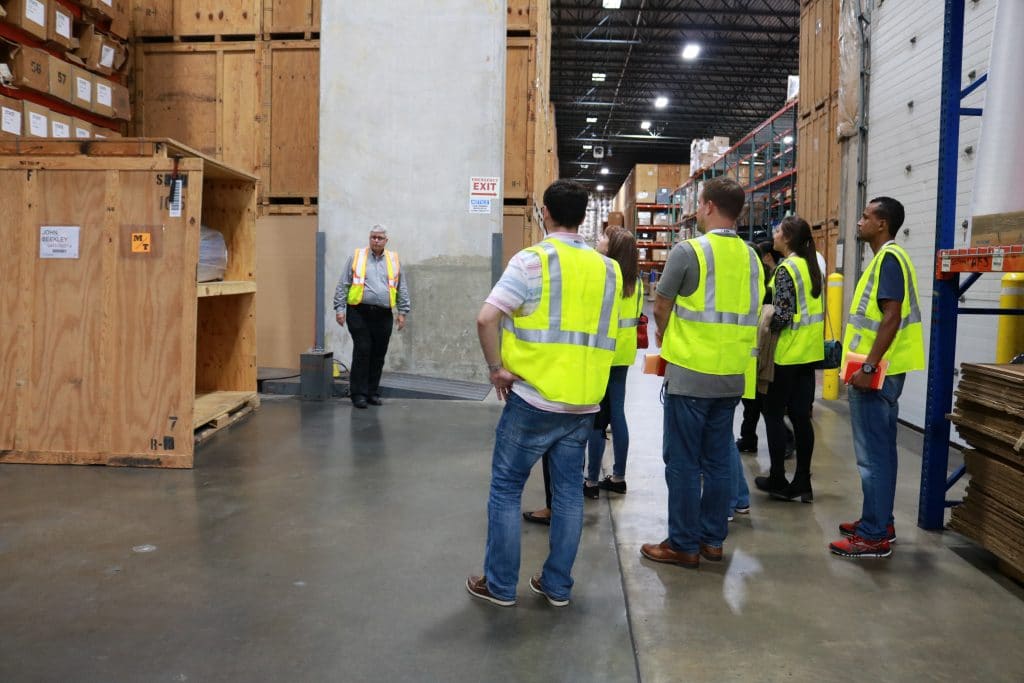 In 2018, Hilldrup hosted a group of nearly 30 FIDI Academy students for an inside-look into international packing and storage at our Dulles warehouse. Rob Williams (pictured left) led the tour of Dulles’ office and warehouse to answer questions and host a hands-on demonstration of international packing. We appreciate Rob’s willingness to teach our future leaders in the moving and storage industry! 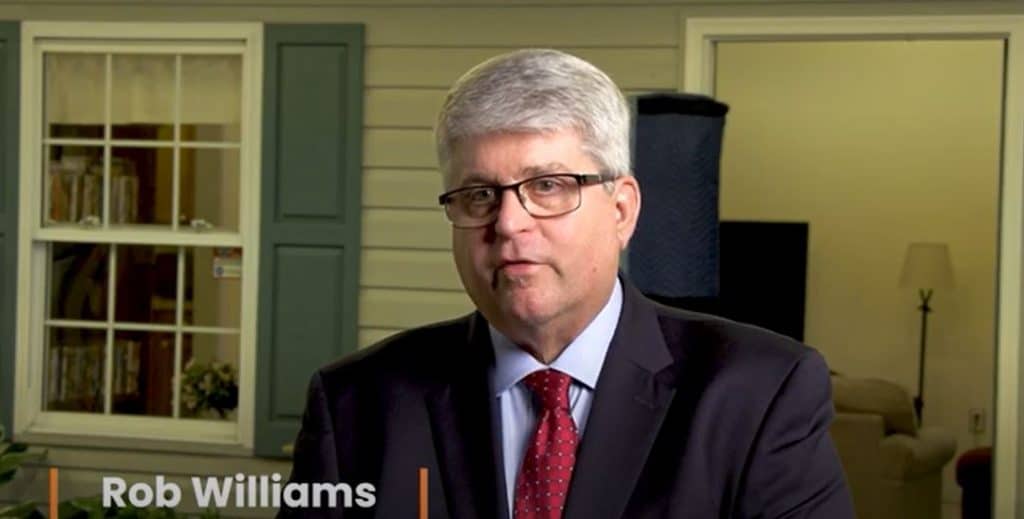 Beyond overseeing all operational functions, Rob championed the importance of communications and teamwork when it comes to success in business and in life. In 2020, Rob spoke about one of his team members, Brad Ashe, Warehouse Manager – Forestville, who received a Hilldrup Value of the Year Award for living out our value of Infectious Positivity. You can watch Rob and Brad’s interview here. 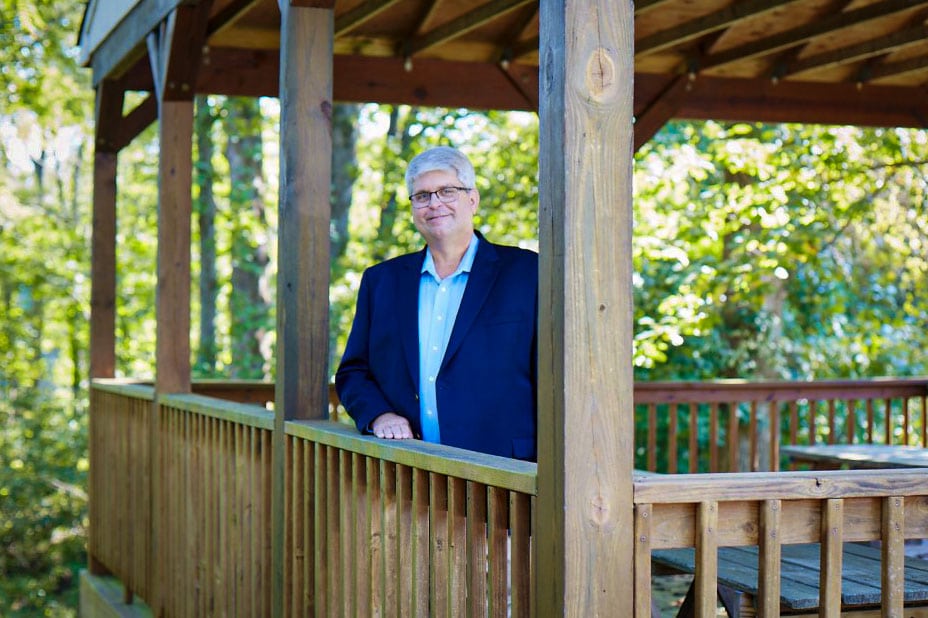 Congratulations on your retirement, Rob! Our team and customers appreciate your unwavering commitment to quality, communication, teamwork and excellence in all that you’ve done over your 44 year career. Enjoy your well-deserved retirement! 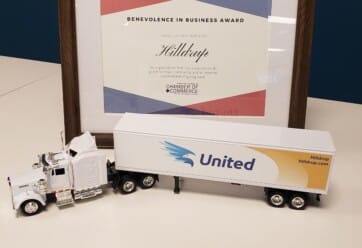 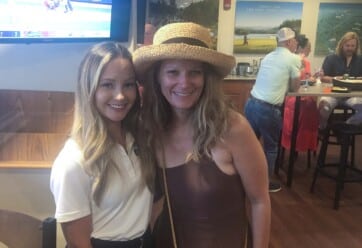 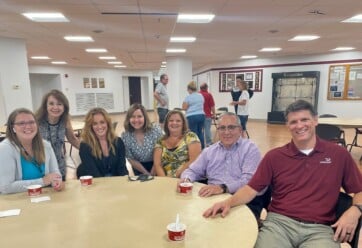