Whether you call him Charlie, Charles, Charles G. or Mr. McDaniel, there’s no doubt that Charles G. McDaniel’s legacy at Hilldrup and UniGroup is nothing short of impressive. As the current Chairman of Hilldrup and as a past UniGroup Board Member who served for 22 years, Charles G. has a new title: UniGroup’s 2019 Lifetime Achievement Award Winner.

The UniGroup Lifetime Achievement Award, presented as an inaugural award in 2018, “honors a leader within the enterprise who has exhibited visionary guidance, a commitment to the customer, and outstanding industry leadership,” said Marc Rogers, CEO and President of UniGroup, who presented the award during the 2019 shareholder’s meeting in Nashville.

Charles G., amongst his impressive awards and titles throughout his lifelong career in the industry, began at Hilldrup at just 12 years old and returned to work full-time after graduating college. Throughout his career with Hilldrup, Charles G. has inspired Hilldrup not to be the biggest – but the best. Under his leadership as President and CEO of Hilldrup from 1976 – 2005, Charles G. expanded Hilldrup to include eight branches throughout the Southeast and helped drive gross sales to reach over $100 million.

Beyond Hilldrup, Charles G. has served United Van Lines, UniGroup and the greater industry in many positions. He was a board member for the United/UniGroup Board of Directors for 22 years, 14 years of which were spent serving as Secretary of the Board. During this time, United Van Lines grew to be the largest van line in the United States. At the United convention in 2001, Bob Baer, then – President of United Van Lines, asked for volunteers to recite the United Customer Service Pledge. When no one volunteered, Charles G. recited it, proving that he practices what he preaches: service to our customers is what makes our van line and our industry successful.

His service to not only our organization but to our agency family speaks volumes and supports a greater vision – Charles G. enthusiastically encourages UniGroup agents to put the good of the enterprise in front of the good of everyone’s individual agency.

With a legacy of a lifetime, Charles G. made our industry, van line and company stronger thanks to his tremendous work and unwavering commitment.  And our customers are better off because of his tireless dedication to serving them.

“While much has changed in our business,” explained Charles W. McDaniel, President and CEO of Hilldrup. “[Charles G.] has instilled in me, the leadership team, and in his grandchildren, the importance of being the very best moving services company with a clear focus on quality, service and to respect each of our team members who make our success possible every day.”

“Trucking, transportation, and the moving and storage industry is in his blood,” described Jordan McDaniel Hinkebein, Marketing Director. “It’s his passion; it’s shaped who he is and how he approaches business and the issues of today. His legacy will forever be intertwined with the industry.”

Congratulations to Charles G. – our Chairman, past President and CEO, and UniGroup’s 2019 Lifetime Achievement Award winner! Thank you for the example that you set for our company, enterprise and industry in all that you do. 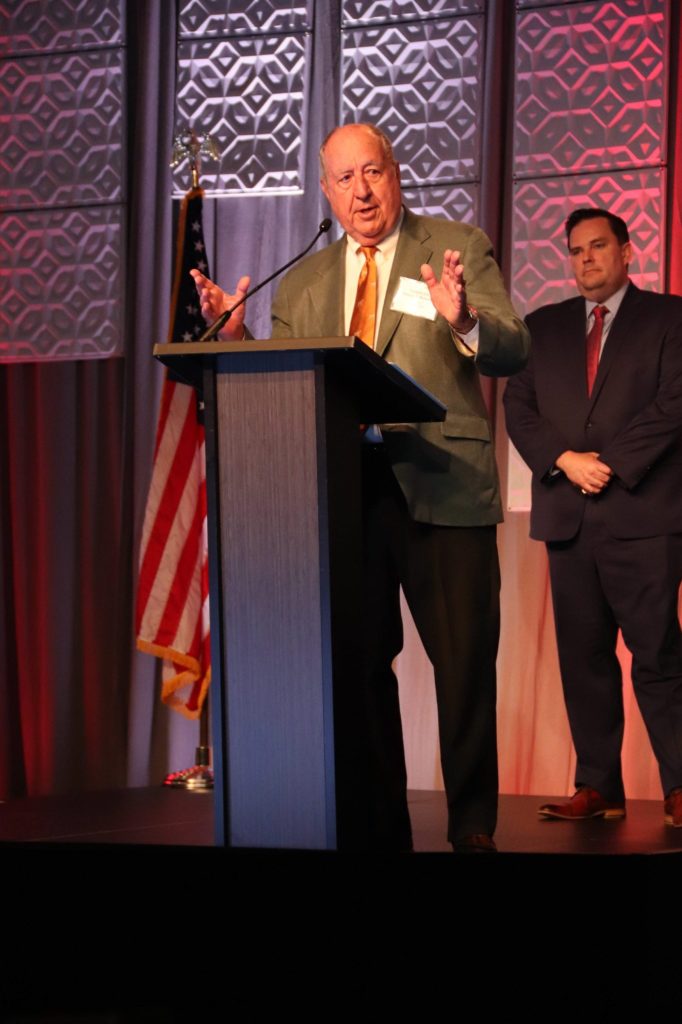 Charles G. McDaniel, Chairman of Hilldrup, gives an acceptance speech during the 2019 shareholder’s meeting where he was announced the winner of UniGroup’s 2019 Lifetime Achievement Award. 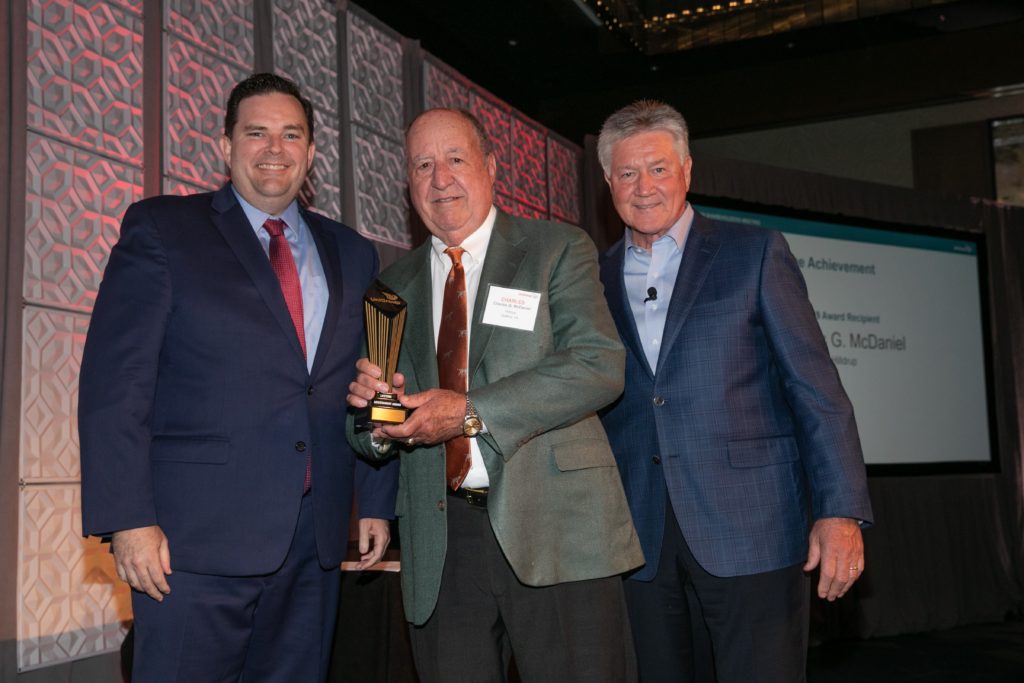 Marc Rogers, President and CEO of UniGroup (left) and Barry Vaughan, UniGroup Board Chairman (right) presented the UniGroup Lifetime Achievement Award to Charles G. amongst the agency family in attendance during the 2019 shareholder’s meeting. 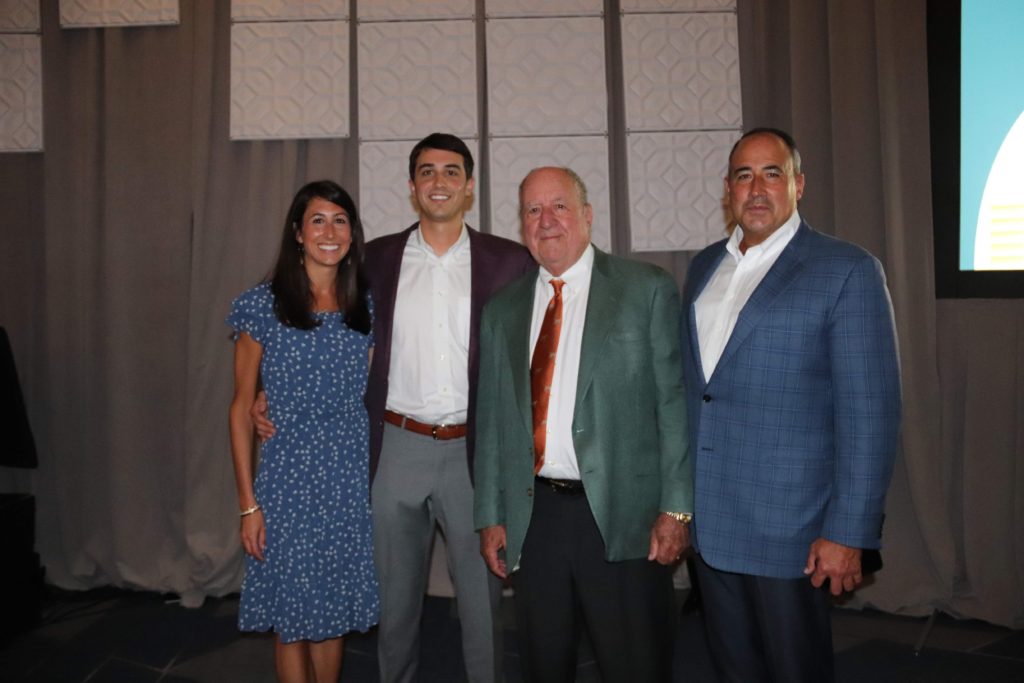 From left: Jordan McDaniel Hinkebein, Marketing Director; Charlie S. McDaniel, Manager of Sales and Branch Operations; Charles G. McDaniel, Chairman of Hilldrup; and Charles W. McDaniel, President and CEO of Hilldrup, gather for a photo together. Hilldrup is proud to be a family-owned business – with three generations of the McDaniel family working for the company at the same time! 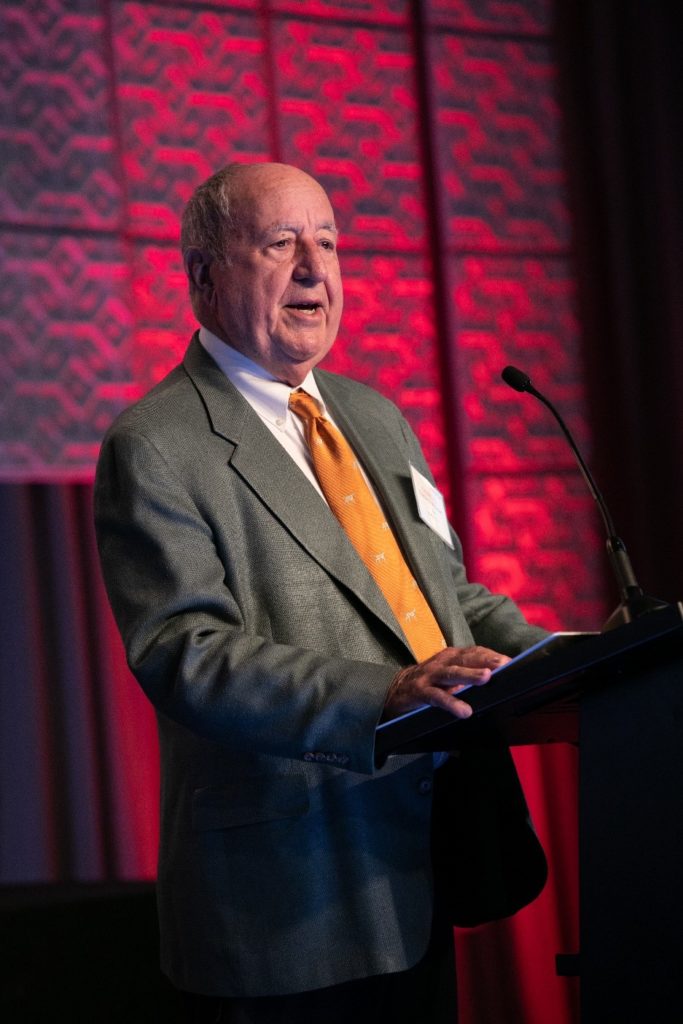 Congratulations, Charles G. – we couldn’t be more proud and grateful for all you’ve done to make our company, van line and industry what it is today!